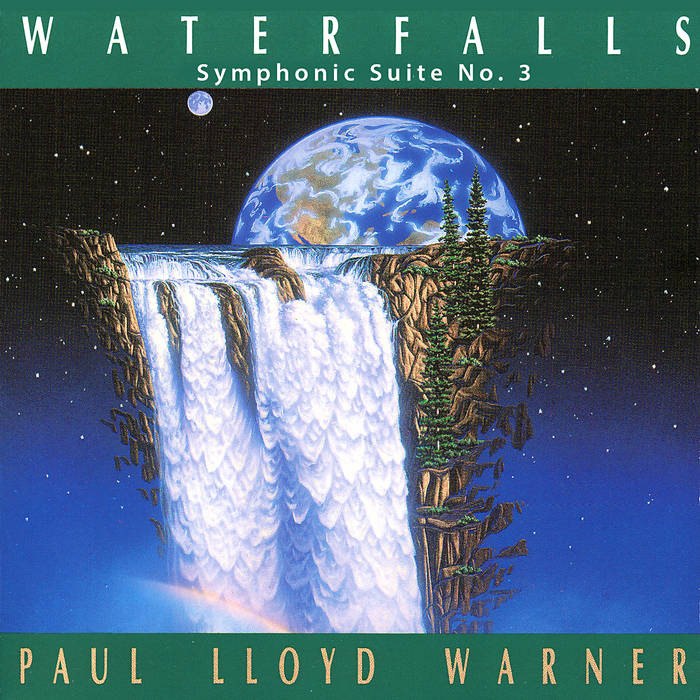 With two exceptions, WATERFALLS - Symphonic Suite No. 3 was recorded in nature within view of the waterfalls listed in the titles. These pieces were performed SOLO and LIVE at various locations throughout the western United State. Track 9 refers to a 400 ft beautiful waterfall in Maui, near Hana in an area known as KIPAHULU. Technically it is located in the mountains of HALEAKALA NATIONAL PARK. This is the most lush and verdant part of the Island of Maui. Kipahulu Falls is located several miles above The Seven Sacred Pools and is accessable by foot. Paul Lloyd Warner visited this region many times and recorded Track 9 from his memory of this beautiful waterfall.

Track 15 refers to Niagra Falls. Paul Lloyd Warner recorded this piece from memory of photograhs and videos and was not actually on location.

WATERFALLS - Symphonic Suite is a celebration of being int the presence of waterfalls, feeling the cool air and inhaling the fragrance of the cascading water.

Paul Lloyd Warner began studying piano at age 6 and always had a great love for the outdoors. He began composing piano music at fourteen. After college, he went to Europe, settling in Florence, Italy where he studied art history and music theory, which changed his life and gave him a creative vision for the future.
Later Paul recorded his Piano Series which is the foundation for his keyboard work. ... more

Bandcamp Daily  your guide to the world of Bandcamp

Tasty gems from around the world, plus interviews with Kaitlyn Aurelia Smith and Nick Hakim.